Trainer-stud Bret Contreras, aka “The Glute Guy” has published a couple of interesting articles recently detailing some mini exercise-physiology experiments he performed on himself over the last months. This one, which details the results of his extensive work on glute exercises; this one, which addresses shoulder and trapezius movements, and the one below, in which he talks about general lower-body exercises, and details his methodology:

As you can see if you watch the video, Contreras’ methods are almost ridiculously simple. In short, he tapes EKG electrodes to the muscles whose activity he is trying to monitor, performs various strength-training movements, and reports which exercises result in the greatest activation–and, presumably, growth stimulus–in the muscles he’s monitoring. His sample size is exactly one–himself–but, he argues, fairly persuasively, that although there might be some subject-to-subject variation in muscle activity throughout these exercises, it won’t be terribly significant.

He’s seeking to answer a question which bodybuilders have sought to answer since the dawn of the barbell: which exercises are the absolute best for the (shoulders, glutes, quads, hamstrings, etc?), and, through his Brundlefly-like self-experimentation, comes up with some answers that are pretty interesting and, to this ‘no-fancy-book-learnin’ amateur exercise physiologist, persuasive.

I do have a thought–inevitably–about some of the implications of Conteras’ work, however. I get that, for someone seeking to build muscle mass, maximum stimulation of a particular muscle group is important, if not, indeed, paramount. And therefore it makes sense to create a kind of hierarchy of exercises based on these results, as Contreras does in the articles and videos linked above. I would add, though, that generating maximum effort in the muscles is really only one factor–and perhaps a less significant one– in an athletic-training model, and indeed, in a general-fitness model of the kind that the average gym-goer is typically interested in following.

As I’ve mentioned so many times in this space my very computer monitor will probably vomit when I write it again, the body works optimally when everything works together as a whole. This isn’t metaphysical mumbo-jumbo, it’s fact. Bodybuilding movements–such as barbell curls–thrive on controlled inefficiency in which one particular area of the body is ‘isolated’ from the rest of the body in order to make it grow. If asked to lift a medium-heavy load from waist level to shoulder height, no one in their right mind would curl it; they’d “clean” it, generating some momentum using the hips, legs, and core, and swinging the load up. No particular area of the body is overtaxed performing such a movement: effort is spread out throughout much of the entire body. Athletic movement–a power clean, throwing a punch, swinging a bat, swimming the butterfly–is maximally efficient: performed with the intention of using as little energy as possible to achieve the maximum effect.

It’s a gross generalization, but probably true, that many injuries result from inefficient movement–movement that overtaxes a particular joint or muscle or scrap of connective tissue, as opposed to globalizing, or generalizing the effort throughout the body.

Circling back around to Contreras’ work, then, the exercises which are optimal for bodybuilding purposes–those that maximally tax one particular muscle group–are, arguably, less effective at fostering full-body coordination than athletes, and most average folks, are seeking. An athlete or dancer’s movements appear effortless because they’re firing lots of different muscles at a low-level in a controlled and regulated sequence; a less trained or skilled mover appears to be straining in part because they’re working fewer muscles at a higher level than the professional.

The point being that simply because an exercise provides less of a stimulus for a given muscle group than another exercise, that doesn’t necessarily mean that it’s an inferior movement–it just depends on the goal of the person using it. All decent strength-training exercises will provide some challenge to strength, coordination, and athleticism; whichever exercises one chooses will depend on which particular aspects of fitness one is trying to emphasize.

I’ve been a professional trainer since 2003 and since then have helped people from diverse backgrounds achieve their fitness goals.

From corporate types to schoolteachers to luminaries in the entertainment industry, I’ve helped clients lose weight, bulk up, and feel their best in record time.

Finally—and I think, most importantly—I’ve helped to reshape how people feel about, and think about their bodies, so they feel great 24-7.

In the last few years, I’ve become a go-to resource for some of the top fitness publications in the country.

I’ve written dozens of articles for national magazines, including Men’s Health, Experience Life (where I am a contributing editor), and T-Nation.com.

I have also co-written two books on fitness:

The Exercise Cure (Rodale) and

Posture – Why Your Back Hurts 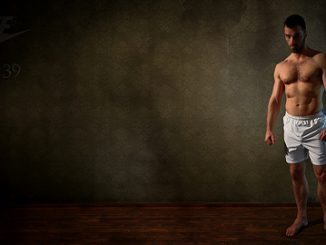