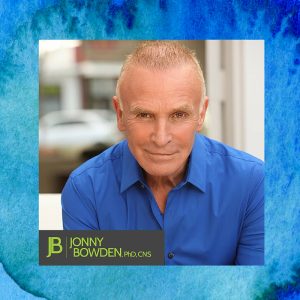 The thing about “spin” is that we expect it from politicians. We don’t expect it from science writers. Yet more often than not, spin is exactly what we get from them, especially when they’re writing about vitamins.

A recent article in Slate Magazine (entitled “The Vita Myth: Do Supplements Really Do Any Good?”) is a perfect case in point.

But before we get into that- and we will- it’s important to explain a few basic notions about research.

Non-scientists tend to think that scientific research is “objective” and that results are clear and unequivocal. After all, it’s science, for goodness sake. It’s supposed to be free of opinion or bias. We have images of dedicated men and women in white lab coats laboring with test tubes in the hallowed halls of academia trying to find a cure for cancer, or acne, or working tirelessly to discover the molecular actions of vitamin B12.

But the truth- as always- is just a bit more complicated.

See, facts are neutral. There are zillions of them. What makes a difference is how you organize them, which ones you choose to report, which ones you imagine are important (and which ones you think are insignificant). And of course, what experts you interview to bolster your story. ‘

Which brings us to the Slate Magazine article, which basically concluded that vitamins are worthless.

“During the past few years, study after study has raised doubts about what, if any, good vitamins actually do a body”, writes Emily Anthes, adding ominously, “They could even pose some real medical risks”

Well, sure. They could. But do they?  In the US in the year 2004, 62,562 reports of vitamin pill “overdose” were reported to poison control centers, 80% of them in children under the age of 6 with another 7,000 plus in older children. This led to exactly 1 death. Compare this to the 19,250 people who died that same year from unintentional poisoning from sourcesother than vitamins. Or to the over 106,000 who die yearly from adverse reactions to properly prescribed medications. Or the 1.6 million people who are hospitalized in a typical year for side effects of prescribed drugs. Or the 2,216,000 hospital patients experiencing serious adverse drug reactions in one year alone, (according to a report in the Journal of the American Medical Association). Or the 16,500 Americans who die from bleeding stomach ulcers brought on by common over-the-counter meds known as NSAIDs.

Our Slate Magazine crack science writer goes on to mention a recent study showing that “one-a-day” type multiples did not prevent cancer, heart attacks or strokes. Here’s what shedoesn’t mention:

She also doesn’t bother to mention a landmark 2002 article in the conservative Journal of The American Medical Association. In case you happened to miss it, let me quote the authors, Robert H. Fletcher, MD, MSc and Kathleen M. Fairfield, MD, DrPH, both affiliated with Harvard Medical School:

“Suboptimal folic acid levels, along with suboptimal levels of vitamins B6 and B12, are a risk factor for cardiovascular disease, neural tube defects, and colon and breast cancer; low levels of vitamin D contribute to osteopenia and fractures; and low levels of the antioxidant vitamins (vitamins A,E, and C) may increase risk for several chronic diseases. Most people do not consume an optimal amount of all vitamins by diet alone … it appears prudent for all adults to take vitamin supplements”

As Larry King likes to say, “I’m just getting’ started!”..

Look, I could go on and on about the proven benefits of specific nutrients. Books have been written about what omega-3 fats do for our brains and our hearts. Vitamin D impacts cancer, physical performance, mood, and even weight loss. Resveratrol has been shown to improve insulin resistance and slow the development of certain lines of cancer cells and tumors. Folic acid helps prevent neural tube defects. Low selenium status is associated with cognitive decline in the elderly. An extensive review of vitamin C and its potential health effects in the prestigious Journal of the American College of Nutrition concluded that higher than RDA levels of vitamin C have been associated with lower risk of cardiovascular disease.

The fact remains that at the cellular level vitamins, minerals and phytonutrients perform valuable- and documented– functions that are essential to human health. Most of us don’t get optimal levels of all the important nutrients.

And while popping vitamin pills is no substitute for eating a terrific diet, who says you can’t do both?

Taking clinically relevant doses of important nutrients on a daily basis continues to make sense to me. It may not be the only reason I’m in such good health, but I like to think that taking high-quality supplements plays a significant part in my well-being.

Until someone convinces me it doesn’t, I’m going to keep right on doing it.