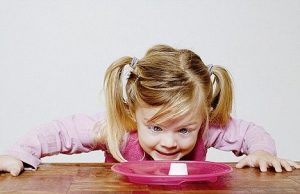 Beginning in the late 60’s a man named Walter Mischel conducted a series of experiments at Stanford University. Young children sat in front of a table with a marshmallow on it. The game: They could eat the marshmallow immediately or they could wait alone for about fifteen minutes and get two.

The Strategic Allocation of Attention

The researchers saw a wide variety of behaviors play out as the children struggled with this dilemma. A small percentage were unable to resist and snatched up the marshmallow immediately. Others stared intensely at it while an internal battle raged before finally succumbing to immediate gratification.

The most successful kids used something Mischel calls the strategic allocation of attention. They avoided the table entirely and distracted themselves by making silly noises, looking away or tapping their feet, covering their eyes with their hands, kicking the desk, tugging on their pigtails, or stroking the marshmallow as if it were a tiny stuffed animal.

It wasn’t that the patient kids didn’t desire the marshmallow; they just found ways to forget about it for a while. “The key,” said Mischel “is to avoid thinking about it in the first place.”

Of those who tried to wait the full fifteen minutes needed to earn a second marshmallow, one third succeeded.

Mischel tracked these kids as they grew up, went through school, got jobs, got married and had kids of their own. He eventually learned that the kids who were inclined towards delayed gratification weren’t more intelligent or less gluttonous than the kids who went for a single marshmallow right away. Where the two groups did differ, though, was in the paths their lives took.

The kids who couldn’t hold out for two treats had significantly more behavioral problems growing up. The ones who resisted the impulse had average SAT scores two hundred points higher than the kids who could not. It seems that by many measures, the kids who demonstrated greater self control at age four did so reliably throughout life and became more successful in their endeavors.

A follow on study conducted by Dr. Mischel et al was able to uncover the differences in brain activity between the low delayer and high delayer groups. They found that the high delayer group had greater activity in the logical prefrontal cortex whereas the instant gratification-prone group had greater activity in the ventral striatum, a region involved in the dopamine reward circuit linked with addictive behavior.

Much has been made of the ability to predict lifelong behavior based on a test given at such a young age. It illustrates an inherent predisposition towards an advantageous thought process. Even this young, the brains of some people are wired towards better impulse control.

There are certainly genetic factors at work here, and some people draw more useful hands of cards than others. This fact, however, by itself is what Chip and Dan Heath, the authors of Switch call TBU. True but useless. Information like this is only really worth knowing if we can do something about it.

Recent years have brought major changes in scientific understanding of neuroplasticity and epigenetics. It’s now understood that even hardwired thought processes can, with conscious and repeated effort, be altered to create new reflexive thought processes. This falls under the category of metacognition, which is the act of thinking about thinking.

Mischel is also dismissive of a purely deterministic stance. In some cases, by spending a few minutes teaching kids tricks like imagining the marshmallow as a picture inside a frame he was able to quickly enable kids who had lasted less than a minute on their first test to patiently wait for the full fifteen in follow on tests. He also likes to delve into the portion of the study participants who started out as low delayers but became high delayers later on in life, with well developed self control.

The major lesson to be learned from the marshmallow experiment, aside from the cumulative benefits of delayed gratification and impulse control, is the usefulness of coping strategies during moments of impulsiveness.

Want vs. Should: Want Never Goes Away

If you watch that video above you’ll see some amusing clips of kids going through all sorts of inner turmoil trying to resist the urge to eat the marshmallow sitting on a plate in front of them. What they’re demonstrating is an effective thought process and an understanding of their own impulses. They don’t desire the marshmallow any less than the kids who gobbled it up in the first fifteen seconds. As David McRaney puts it, “In the struggle of want vs. should, some people have figured out something crucial: Want never goes away.”

The noise making, fidgeting and marshmallow sniffing the kids in that video demonstrate are all effective strategies to cope with the want until the action of eating it finally coincides with “should.”

As this is a fitness site, and we’re talking about ways to not eat a lump of fluffy sugar, it’s pretty easy to see where I’m going with this. Dietary self discipline will fail if your strategy lies solely in hoping that at some point you’ll stop thinking that cupcakes taste better than broccoli. The reality will probably be like the predicting self losing to the present self seen in Jenna Marble’s How Diets Work video.

Outmaneuvering Your Own Weakness

From McRaney’s book: “If you fail to believe you will procrastinate or become idealistic about how awesome you are at working hard and managing your time, you will never develop a strategy for outmaneuvering your own weakness.”

As demonstrated by most people’s ridiculously long Netflix queues, Amazon wishlists and optimistic “I’ll start Monday” exercise plans, our present self is really not all that good at predicting what our future self is going to want to do. Those who figure this out are likely to accomplish more.

This means actively planning to take control away from one’s own ability to sabotage oneself by creating structures that make it easier to follow the path that has been laid out in advance.

Have a hard time getting out of bed for an early workout without hitting the snooze button? Stop telling yourself that tomorrow you’ll be more disciplined and just get a Clocky. You’ll be too busy chasing the noisy monster before it hides under your sofa to even think about ten more minutes of sleep.

Need a step further? Find a group of friends to work out with who will call you and make fun of you every morning if you don’t show up to your workout with them.

Now that you’re almost done reading this at work, it’s finally time to get cracking on that big project, right? But… you may as well check Facebook real quick just to get that out of the way. Tired of that frustrating cycle? Download Freedom or take a piece of advice I got from Nate Green and get WriteRoom. Take the struggle out so you can focus on what matters.

Did you just tell yourself that finally, today is the day you’re going to eat better? Last time that happened did you end up staring down the box of Oreos in your cupboard until one nibble became half a pound? Stop saving that crap for the starving pygmies in New Guinea and throw it away.

As Dr. Mischel said, “Once you realize that will power is just a matter of learning how to control your attention and thoughts, you can really begin to increase it.”

Whatever it is that you’re approaching that will involve self discipline and delayed gratification; don’t plan as if you’ll magically make the same easy rational choice in the moment as you do while envisioning the situation beforehand. Understand that want will never go away, and plan ways to outsmart that. You can’t control the world, but you can control how you think about it.