According to the National Wildlife Federation, the average American child spends between four and seven minutes playing outside each day.  For a young child, that’s about enough time to throw a ball, retrieve it, and then head back inside.

Kids have become more inclined to sit in front of the television than ever before.  If you are a parent, I highly recommend perusing the National Wildlife Federation’s Be Out There campaign.

You can even find a link that will help you locate outdoor activities in your local area.

A Change In Times

As a child, sitting in front of the television was the last thing I wanted to do.  We’d get home from school and immediately head outside.  We stayed outside until the sun went down.  There was always something to play.  It didn’t matter the season.  Whether it was hot in the summer or cold in the winter, we headed outside to play.

My wife and I are raising our children the same way.  They love the outdoors.  My kids would stay outside all day if we let them.  It’s natural for children to enjoy playing outside.  The kids of today aren’t different than us.  It’s just that their surroundings have changed.  We didn’t have the technology that exists today.  I still remember when the Atari 2600 came out.  If the kids of today had to trade in their Playstation for the old Atari system, they’d probably want to head outside too.

Since that isn’t going to happen, parents need to step up to the plate and invest time in their children.  That means getting up and taking your kids outside to play.  Yes, there will be times when Mother Nature interferes, but even the winter offers opportunities for the kids to play.  I still have vivid memories of my childhood winters.  We played football in the snow, went sledding down any hill we could find, skated on the ice, and had monumental neighborhood snow ball fights!  As a child, life revolved around what to play and where to play.

The kids of today begin with a similar interest in outdoor play.  It fades as they gain more and more access to electronic devices.  Parents still have the power to pull the plug however.  I don’t want  my kids glued to the television set.  I’d rather have them involved in a useful activity.  Clearly, we can’t spend all day outside, but we can certainly make an effort.  Earlier today, I took my son for a hike into the woods.  We were gone for no more than a half hour, but he had the time of his life.  He didn’t need any toys.  He ran in the snow, followed animal tracks, and watched as I collected wood.  He had an outdoor adventure and we didn’t make it more than 100 yards from my back door.  Outdoor activities don’t need to be complicated.  Get outside and your kids will find ways to entertain themselves.

Unfortunately, many kids never have the opportunity. Here is a quote from the National Wildlife Federation site:

American childhood has moved indoors during the last two decades, taking a mental and physical toll on today’s kids. The negative impact of decreased time outdoors includes a doubling of the childhood obesity rate — accompanied by an incremental hundred billion dollar cost to our health care system — as well as declining creativity, concentration and social skills.

Parents have the power to curb these alarming statistics.  Your children will follow your lead.  Get up, get outside, and promote a healthy and active lifestyle.  It doesn’t take anything other than the willingness to get up and get involved. And if you can’t get outside because of the weather, find something fun to do indoors.   My kids can turn a few balloons into an hour of fun.  They hit the balloons into the air, chase them down to catch, kick, throw, etc.

Once again, children don’t need elaborate toys for entertainment.  More often than not, they just want to get up and move.  Foster this interest rather than ignoring it with unlimited access to electronic media.

Let a kid be a kid, the way nature intended…

Throughout my time as a trainer and coach, it has become clear that what works for one athlete may be entirely different from what works for another. Athletes are not robots or machines. Each athlete has a unique engine with unique needs.

Successful training is all about finding what works for you. Thus, there will never be a “do it my way or else” tone here, as such an approach goes against everything that I believe in. Instead, I’ll strive to help you find your way by providing sound, real world tested and research supported advice 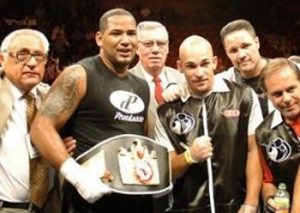 As a coach, I design training programs to assist unique athletes with unique needs. For instance, a powerlifter has different needs than a 400 meter sprinter, just as a boxer has different needs than a football player. No single system can satisfy the requirements of so many unique athletes. Even athletes from the same sport will often engage in different methods. For example, two boxers may possess entirely different styles and temperaments, thus require entirely different approaches to training.

Once again, my goal with this site is to help you find your way. 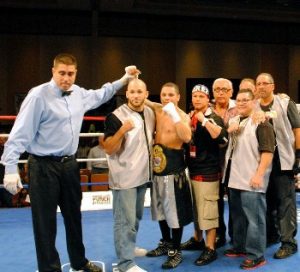