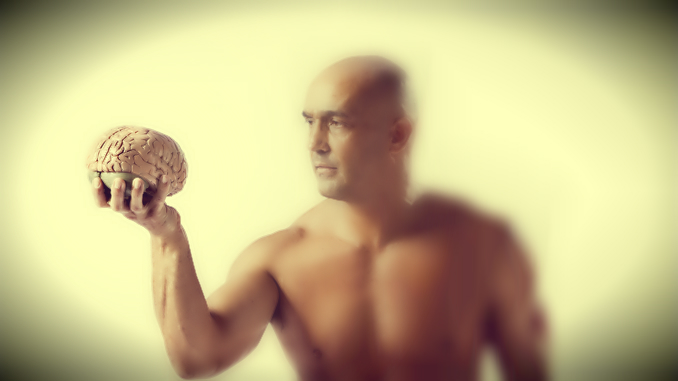 The human body is an amazing thing. Built into it is everything that is needed to be able to cope with life on this planet, as well as having ingenious means to create a stabilizing effect when things are less than ideal. One of the most amazing things that science has focused on recently, is just how our bodies effect our minds. This article will focus on some of those things that have been learned, and will show that exercise crosses over the line and definitely effects our mental well being, too.

It Counteracts Against The Effects Of Stress

Stress has become probably the greatest medical problem of our day. It is believed that as much as 90% of all doctors’ visits are related to this malady having its way on the bodies of those subjected to it. If this were the only effect that exercise can bring is to help relieve stress, then it would be more than enough reason to adopt a life-style of getting in shape and exercising properly. Exercise relieves stress by providing a way to release tension and enable the body to enter into a healthier state of relaxation – when the exercise is sufficient enough.

It has been known for millennia that exercise has the ability to bring about a greater mental state. Only recently, though, have we known some of the reasons. One reason is psychological. It provides a diversion, possibly an opportunity to interact socially, and a sense of self-mastery.

Other reasons are biochemical. A good workout causes the body to produce chemicals that have a direct effect on the brain. These endorphins are natural mood enhancers, and cause you to have a good feeling. In fact, this is enough of a boost to your overall happiness, that people who have trouble with depression are prescribed regular exercise (among other things) as a means to help them to cope with it. Other chemicals that are increased as a result of exercise, called neurotransmitters (norepinephrine, serotonin, or dopamine), also have a direct effect on the way you feel in general. A good workout will provide enough of a joy boost in the brain to last anywhere from 2 to 6 hours.

It Provides A Better Sense Of Well-being

It Effects The Overall Health Of The Body

Although it may almost seem like a contradiction, yet our fast-paced world has turned out
a lot of couch potatoes. Sitting around can create a lack of sufficient oxygen, which, in turn, can effect the heart. This, in turn, can effect the liver and other organs, etc. A good dose of exercise can revitalize the organs, and often bring about a restoration of health – and good health makes itself known to the mind! Many people, after suffering health problems, and getting prescribed exercise, often find a restoration of the life that they had thought they lost! The excitement of living is often restored, too.

Overall, the human body is wonderfully complex. Yet, it is also designed to work. So much, so, in fact, that it often does not feel just right, when it is not operating in an optimal capacity – and this can only be achieved by a healthy amount of exercise, at least three times a week.

Scott White is a certified nutritionist and personal trainer who is sought out by top clients around the world; he has trained models, athletes, and professionals and consulted with many others to help them achieve maximal results. Scott is an Optimal Performance Exercise Kinesiologist whose credentials include a BS in Kinesiology from Arizona State University and International Sports Science Association certification.
Scott’s training experience began at the Reikes Center for Human Performance in Menlo Park, California in 1998 when he worked as a specialist in speed training and enhancing athletic performance. That inaugural fitness job increased his knowledge about strength and conditioning, as well as specialized performance program design (increasing athletic performance).
From the Reikes Center, he went on to work for 24-Hour Fitness where he earned certifications in nutrition and personal training. Scott has worked at 24 Hour Fitness locations in San Francisco, Los Angeles, and Scottsdale, AZ as a personal trainer and nutritionist. While working as a personal trainer for 24-Hour Fitness, Scott designed programs for fat loss and increased muscle mass. As a personal trainer, he also worked with clients who had disabilities such as physical injuries, fibromyalgia, chronic fatigue syndrome, emphysema, missing limbs, as well as many others.
In Los Angeles, Scott also worked at VERT, a private studio for professional and Olympic athletes, specializing in high-speed isokinetic equipment that gives athletes the edge at speed training without momentum or stress on the joints.

Scott has modeled professionally and worked with many fitness models in his career as a professional trainer. Since 1998, Scott has been offering expert fitness training and providing nutritional guidance for optimal results to elite clients, including:

Learn about our Scott’s training programs