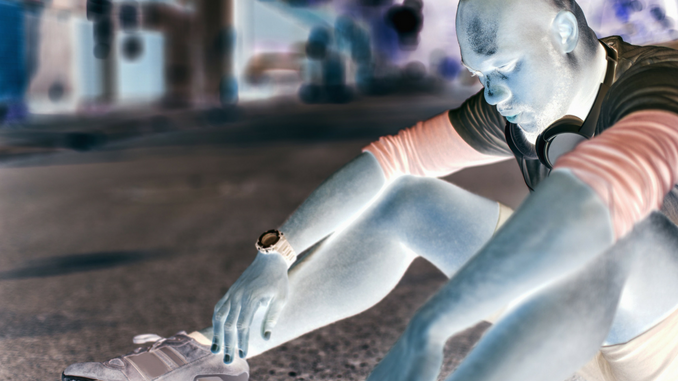 In Overtraining, Overreaching and all the Rest Part 1, I gave a detailed definition of overtraining which I’ve reproduced below.

Overtraining occurs when there is a long-term imbalance between the training load and recovery processes that, for a given athlete, leads to a decrement in performance that takes more than 2-3 weeks to return to normal.

Today, I’m going to wrap up the tedious definition above and then call it a day.  Next week I’ll actually look at some other issues related to overtraining and get into some practical ways to either monitor, avoid or fix overtraining when/if/before it occurs.   If I’m optimistic, I might finish in a mere 6 parts. That’s pretty good for me.

As I noted in Overtraining, Overreaching and all the Rest Part 1, overtraining has sort of become synonymous in a lot of people’s minds with “I got tired from training.”  I recently saw on a forum  “I ran a 10k yesterday and I’m exhausted today, I think I’m overtrained.”   I’ve also seen “I trained the hell out of my legs yesterday, I’m really tired today, I think I’m overtrained.”  Hopefully by this point in the series, you realize that this is not what overtraining is or represents for a number of reasons.

And having looked at all of the other issues in my definition above, this is the final one: the long-term nature of how overtraining develops.   I want you to keep in mind the discussion from Overtraining, Overreaching and all the Rest Part 3 in terms of overtraining ultimately being caused by an imbalance between training stress and recovery.  They key point I want to make here is that overtraining, true overtraining only occurs, when that imbalance persists for a fairly extended period.  How long is up to debate and probably varies quite a bit but the simple facts are this:

But true true overtraining, as noted in the definition represents a long-term imbalance between training load (stress) and recovery and even there within the interaction with the other variables.  We’re talking months on end.  Possibly longer and it seems to happen at different rates in different people.   Some more examples that, again, should be read as nothing more.

In my 20’s, as I mentioned in the No Regrets series, it was several years of pretty much day-in, day-out pounding before I finally cracked.  I was riding nearly every day, on my skates as much as possible, lifting and doing extra interval work in the gym.  No days off, no easy days, every aerobic workout at the threshold range, skating was always hard, pounding the weight room.  You get the idea.

I’m sure I was underperforming long before the end but it took that long before I looked at my skates one day and went “I can’t do it anymore.”  And didn’t so much as touch them for nearly 10 more years.   Eva got blown up by about a solid year of too much training by the coaches at US Speedskating.  My teammate K burned himself out for a solid year+ of constant hammering.

The point is that this is a long-term effect.  And, as I noted in a previous part, this is really something that only applies to athletes, usually only in certain sports (in technical or high-intensity sports, the athlete often gets injured and gets a forced rest) and when there is a situation where the athlete either equates underperformance with a need to train more and/or harder or they aren’t given a choice (as was the case with Eva).

The latter issue is very real, you see head coaches who wouldn’t know their ass from a hole in the ground who in the face of objective data indicating that their athletes are falling off the edge either don’t bother or don’t care to change anything.  As often as not, they are only paying attention to the one athlete who is actually surviving the training.  They work from the model that so long as one of their athletes wins, their program has been a success. Even if everyone else in the group fails to improve.

Which, I suppose is fine, if your goal is simply medal count and such.  So long as one guy wins, you don’t have to give a damn about the rest of the group and how well they do.  But it doesn’t work so well if you’re a coach who actually cares about seeing all of your athletes improve and reach their potential (note: I’m the latter kind of coach).

The former style of coaches just bury everyone with as much work as they think is necessary and figure that the one who survives/thrives on it will win; forget about the rest.   And, given sufficient athlete numbers, sadly, can work and work well from the standpoint of win count.  Which is unfortunate because that then promotes the idea of using that system.

A Rant about the Russkis

Quite in fact, some systems of training (notably some of the Russian stuff) is even based on deliberately burying your athlete for months on end and deliberately depressing performance with the hopes that he’ll rebound to a higher level.  It’s a grinder system and it can actually work (where ‘work’ is defined as ‘wins competitions/medals’) very well under certain conditions.

Those conditions are predicated on having hundreds or thousands of athletes to work with and not caring that you’re going to destroy most of them or which one stands on the medal stand at the end.  You also need a situation where the athletes themselves are less concerned about individual glory and more concerned with doing it all for Mother _____ (insert Communist country name here).  Like Ivan Drago.

In that situation, of the 1000 you start out with, 100 might actually survive the training, of those 100 maybe 10 will thrive on it and 1 will hit their peak just right (numbers are for illustration only).  Since you don’t care who wins so long as you prove the superiority of communist philosophy over Western bourgeoisie blah blah blah, that’s just skippy.  Or however skippy translates into Russian (I’m sure it involves vodka somehow).

But it doesn’t work outside of that political structure, yet another reason I have a problem with the wholesale adoption of those training ideas into the West.  When you deal with individuals, or only have a few athletes to work with, you can’t risk destroying any of them.

And you need the numbers to make sure that someone hits their peak (and can pass the drug test) on the right day which usually isn’t the case in a lot of the sports (cf. US Weightlifting) where there aren’t that many athletes in the first place.  It doesn’t work when you don’t have all of those interacting variables.  Either everyone gets hurt or you don’t have enough people to be lucky enough for one to peak on the right day.

I actually saw a stunning example of this one year while I was skating, a Russian coach using the old Soviet models.  He just buried everybody, including my team with volume from the get-go; it was an Olympic year, you have to train hard, right?  Everybody but me got hurt because I wouldn’t do his stupid stuff and would tell little lies to not run 100m sprints at the end of a 2 hour dryland practice.

Hell, even he got hurt but he was too dumb to pick up on the problem; this is how it’s done in his mind.  It always worked back in Russia so it should work here.  And of the one athlete that stayed with him, that athlete hit his peak about 2 months after trials had passed.  Fantastic.  But the athlete was so dumb he didn’t see the problem either; he just knew he was skating like the wind.  It was simply 2 months after it had stopped mattering.

But now I’m preaching instead of writing and I’ll get off this soapbox and get back to the topic at hand.

Back to the Actual Article

My point is simply this: true overtraining can only occur when someone is in a situation where they can maintain a long-term (months or more) imbalance between training stress and recovery.  There are usually a bunch of interacting variables that have to be present as well: situational, psychological, physiological that I’ve talked about through the series.  In fact a new book called Overtraining Athletes came out a few months ago that looks at some of them (in a case study, interview sort of fashion) which is part of why this topic is on my mind.

This is probably part of why, even given the general psychotic nature of athletes, true overtraining still isn’t that common.  It happens but only in a percentage (those percentages are hard to come by since they are usually based on surveys and athletes are notoriously bad at self-reporting this stuff).  Not all athletes overtrain themselves.

Usually it happens when there is the perfect confluence of the right sport and the right coach (or lack thereof), the right physiology (one that can work hard day-in, day-out) and the right psychology (one that equates a lack of results with a need to work harder).  Put all those three together, let them go for a few months or more and they end up overtrained.  If you’re lucky, you only mess up the year for the athlete; do it right and you can end a career.

So how do you prevent this from happening and what do you do about it when it has happened?  For that you’ll have to wait for the next parts of what I fear is turning into another never ending series.  See you Tuesday.