No matter how you slice it, osteoarthritis is a pain. Osteoarthritis (OA), which most of us think of as “arthritis,” is very common. It affects upwards of 20 million Americans. From moms, to retirees, to students, to business people, to athletes…arthritis does not discriminate. Virtually anyone could be at risk.

In the general population, an unbelievable 2% to 6% of all people are affected by OA. This is just the tip of the iceberg, however. These figures refer only to people with officially diagnosed OA.

Tens of millions more Americans have OA. They feel its pain daily and they hate the limitations it places on them. Yet these people, young and old, aren’t counted because they haven’t received an official OA diagnosis from a doctor.

Not a Pretty Picture

OA is characterized by progressive loss of cartilage, pain, and, in advanced stages, joint deformity. OA hits the knees, hips, and spine, among other joints. It’s not a pretty picture. Anyone who enjoys being active, from the recreational runner, to the mom chasing her toddler, to the hard-hitting, intense athlete, may be at higher-than-average risk of developing OA.

Joint injury, knee bending, heavy lifting, and participation in high-impact recreational activities all may up the odds of later developing OA.

Unfortunately, when we are young and feel invincible, arthritis is the last thing on our minds. But it is at precisely these early stages that we may be able to head off and limit the damage that leads to future OA.

There are a number of things I recommend for joint health starting with omega-3 fatty acids. And of course glucosamine and chondrotrin.  I’m also very excited about the new research on shea nut extract which I’ll be telling you more about later this year. But what I’m really happy to report right now is the results of a new pilot study showing that extracts of apples can make a huge difference in improving joint health and improving the lives of people affected by arthritis.

AppleBoost Products, Inc. is a company that is invested in making a difference. We’re so invested, in fact, that we are funding and conducting independent studies, at a well-respected laboratory and research facility. Our goal? To prove that AppleBoost powder, referred to as Dried Apple Peel Powder (DAPP), can improve joint health and improve the lives of people affected by arthritis.

For the intervention, nine capsules of AppleBoost powder (DAPP) were consumed daily for 12 weeks. Subjects were monitored at baseline, and at 2, 4, 8, and 12 weeks. Monitoring included blood draws, assessment of perceived levels of pain, and range of motion (ROM) tests.

1. The pain reduction benefits were significant.

2. The range of motion (ROM) improvements were significant.

What Can AppleBoost Do For You?

If AppleBoost can lower pain and improve range of motion in people with established pain and symptoms of arthritis already present, imagine what AppleBoost can do for you. As we all know, “an ounce of prevention is worth a pound of cure.”

If you’re an athlete, an active person, or simply want to focus on keeping your joints healthy and happy as you age, AppleBoost may be just what you are looking for.

The power, and the protection, are in the peel.

That guy to the left on the gymnastic rings– that’s me, John Cortese. Do you typically see exercises like this  being done in your gym on a regular basis? Probably not, but I’ll get to that later.

Now, enough about ME. Let’s talk about what I mentioned above in the first few lines.

How common is it to see exercises being done that are either a) HARD, b) HEAVY, c) elicit some sort of RESULTS, or d) just plain out GRUELING ?!
Answer: Not very often! And I’ll tell you why very briefly:

Most people hate getting out of their comfort zones. It can be scary to try something you’ve never ever done before. Add that to lack of know-how and proper knowledge on HOW to train PROPERLY for maximal RESULTS, and you get a recipe that gets most people spinning their wheels -OR- as I like to call it, going nowhere fast, in their quest to get faster, add some muscle, get shredded, etc, etc etc.

So, then, you might be wondering “Well John, I totally agree with you– What is the solution?!”
I feel your pain, believe me. It’s not your fault. We are constantly being bombarded with misinformation about exercise and nutrition that it makes me want to scream, pull my hair out, vomit.. you get the idea. So, I made this website to diminish all the misconceptions, lies, and myths that you’ve been told for years and years.
More than likely you’ve been lied to– hey, they may not have known right from wrong. But you’ll come to find out very quickly that I’m here to help YOU.

I post on a regular basis, including audio interviews, videos, links to other great resources, recommendations. I give you the FACTS and I don’t like to steer you in the wrong direction.

It is my purpose to help you achieve all of your goals with methods that are actually proven in the REAL WORLD to WORK,  free of gimmicks, fluff, and bull shit.

If you like this style of training and communication, then you and I are on the same page my friend.

Here’s to maximizing your Performance, 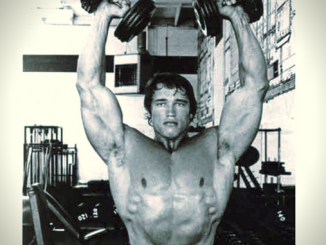 7 Ways to Fix Your Shoulders

Posture – Why Your Back Hurts