I am often asked by students and other fitness professionals how one can increase their knowledge of performing the Olympic lifts; the Snatch and the Clean & Jerk. The Olympic lifts are an excellent way to increase strength, power, and explosive performance, when they are performed correctly. I was very fortunate that early in my career I was introduced to the Olympic lifts by a coach that stressed the technical aspects of the lifts. I spent about 2 years as an intern, then student-assistant, strength and conditioning coach at a NCAA Division I university teaching athletes from every sport how to correctly perform the lifts…or so I thought. Following my undergrad I was offered a position as an Associate Director of a USA Weightlifting Regional Development Center, with responsibilities involving sport science and coaching of beginning weightlifters and general athletes, and working with Glenn Pendlay, an established coach within the ranks of USA Weightlifitng. My vast knowledge of the Olympic lifts was quickly put to the test, and come to find out I didn’t really know as much as I thought. Teaching the Olympic lifts to athletes and working with athletes who compete in the Olympic lifts (competition Olympic weightlifters) are too very different things. While I do not think you have to be an expert on the lifts to correctly teach them, it sure helps to know what a perfect lift is and what athletes should be striving to perform.

One of the best pieces of advice I ever received from Glenn in regards to learning and learning to teach the Olympic lifts was that nothing can replace competition. At the time my goals did not necessarily involve competing in weightlifting. However, there is a ton I learned by stepping on the platform and I recommend all aspiring strength and condition coaches who regularly prescribed the Olympic lifts to do the same. The journey up to the competition is an invaluable learning experience. From a coaching perspective, knowing the frustration of missing a weight that you easily doubled the week before, what changes to make in training to be able to finish a workout because your shoulder is sore, or figuring out how to explain the correct body position to an athlete are all really improved when you go through the journey. The competition is just something to signify the end of the journey. My answer to the question of what can I do to improve my knowledge of the Olympic lifts is usually to find a meet about 3 months away, and spend the next 12 weeks working to improve your total, ideally with a coach, then do it again a few months later. You will be better at performing the lifts, coaching the lifts, and understanding the process of improving the lifts so much more when you test yourself this way. I had coached the lifts to athletes, used books and videos, and even got my Club Coach, and thought I had a good handle on things. I learned a ton more in 6 months where I competed in 3 meets then in the 2.5 years prior.

As a side note, one of the beginning weightlifters that I started with many years ago is Caleb Ward. I have not directly coached Caleb in over 6 years, but I like to think that my early interaction with him helped (in some very, very small way) his achievement over the weekend… a new Jr. American Record in the Clean and Jerk, and at 19 years old he also became the youngest American lifter to lift over 200 kg . Congratulations Caleb! 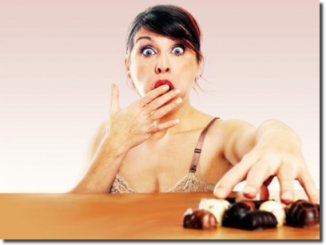 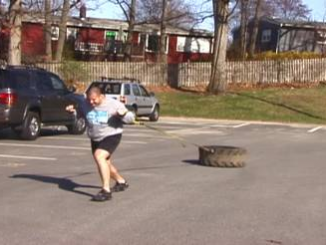