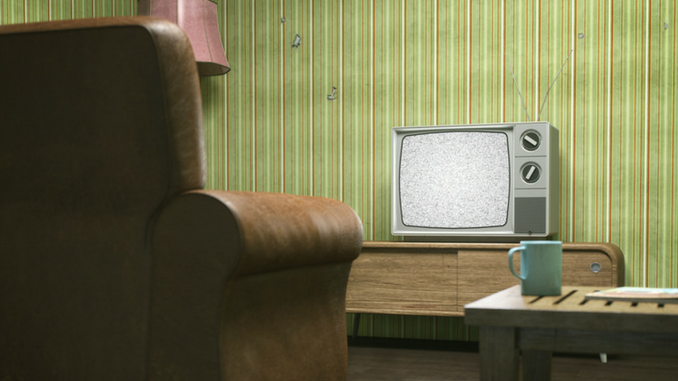 A recently published study in the journal Circulation found that every hour spent watching television actually increases your risk of dying.

Yes, you did read that correctly.

We’ve known for a while that there’s a relationship between television watching and obesity, though we’re not 100 percent sure why. One theory holds that the more time you spend in front of the tube, the less time you have for exercise (which assumes you’d be exercising if you weren’t watching reruns of Friends). Another is that watching TV leads to mindless eating (no kidding). And some researchers have floated the theory that staring passively at the screen in some way changes brain waves and lowers metabolism.

There’s also all those hours of exposure to commercials for fast food, and don’t think for a minute that those commercial messages don’t creep into our subconscious. Whatever the mechanism- or mechanisms- there’s no doubt about the fact that the more television you watch the greater the risk. The Circulation: Journal of the American Heart Association study found that every hour spent watching television actually increases the risk of dying from any cause by 11% and increases the risk of suffering a cardiovascular disease-related death by a scary 18%.

I don’t think it really matters why television makes us fat or why it contributes to premature death. The question is what to do about it. One interesting suggestion made by a recent diet book is to watch one hour of television for every hour you spend being active. No exercise, no TV.

Another suggestion- one I’ve made myself in books and specifically in my Diet Boot Camp program – is to not watch TV while eating. In fact, to the extent that you can make eating it’s own activity- and not an accompaniment to other stuff like television, driving, working or surfing- you help increase mindfulness about your food. That’s always a good thing whether you’re trying to lose weight or trying to stay healthy. The work of Harvard psychologist and researcher Ellen Langner has shown dramatically that increasing mindfulness is one of the best strategies for improving overall health on the planet.

If you have kids or teenagers, consider this little factoid from a study done last year: The number of hours spent watching TV in childhood and adolescence is a significant predictor of dietary habits in the future. Teenagers who watched five or more hours of TV a day while the researchers collected their data had a significantly higher intake of trans fat, fried foods, fast food menu items, snacks and soda… five years later!!!

There’s absolutely no reason to think these relationships between TV viewing, overeating and general lack of mindfulness don’t continue as we get older.

So here’s a good tip for turbo-charging your health: watch less television.

That tip has nothing to do with food, nor supplements, nor exercise.

But it might just be one of the most effective tips of all for living a life you love in a healthy body you enjoy!