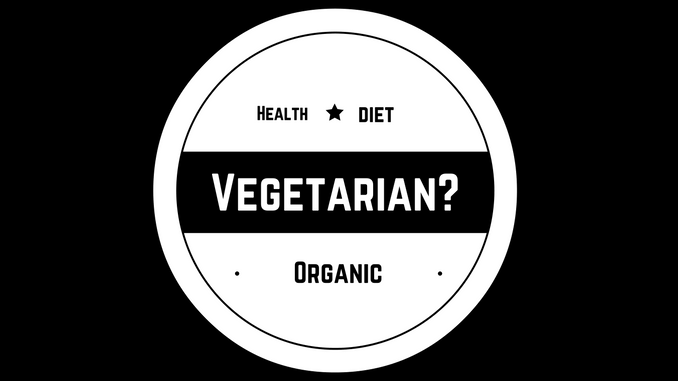 OK, that’s not entirely true, I flirted with vegetarianism briefly a few decades ago, right around the time I was also experimenting with sideburns and dashikis. But for most of my adult life- and certainly for all the time I’ve been a nutritionist- I’ve been an unrepentant consumer of animal products.

It’s not that I’m not sympathetic to the animal welfare folks- in fact, I count myself among them (it’s a big tent, folks!) I belong to just about every animal activist group on the planet and care deeply about animal welfare. But while I share with my vegan friends a deep concern for all sentient beings, I happen to believe that we humans do better with some animal products in our diet.

Of course, God is in the details, so let me be a little more specific.

Despite arguments to the contrary, the fact remains that we humans are omnivores. We can eat- and thrive- on most anything edible. And for all of the 2.4 million years the human genus has been on the planet, we have eaten from what I call the “Jonny Bowden Four Food Groups”—food we could have hunted, fished, gathered or plucked. The exact proportions of animal vs. vegetable food that we consumed varied widely depending on where we lived. The Inuit, for example, thrived on a diet largely consisting of seal meat and whale blubber (very few vegetables grow in the freezing cold) while the Bantu of South Africa thrived on a diet very high in carbohydrates and the Masai did quite well on a diet rich with cow’s blood.

But it’s almost impossible to point to a society or a culture that has thrived and prospered without eating any animal products. (The only group I can think of that does it successfully is Tibetian monks, and they don’t reproduce.) When Dan Buettner did his landmark research on the areas of the globe where there are the greatest numbers of healthy centenarians (areas known as “The Blue Zones”) he found that three of the four societies studied did indeed eat meat (albeit not that much of it). The only exception was the Seventh Day Adventists in Loma Linda.

Despite vegan and vegetarian wishful thinking, some nutrients are simply not adequately represented in a vegetarian or vegan diet. Although the vegans will tell you otherwise, you simply can’t absorb any reasonable amount of bioavailable B12 from plant foods. Sorry. (And this is not just my opinion. The Encyclopedia of Dietary Supplements, put together by a blue ribbon committee of scholars from the National Institutes of Health says “Because vitamin B12 is found only in animal source foods, strict vegetarianism has long been associated with a greater risk of deficiency of this vitamin”.) Heme iron, the most absorbable form of iron, is found only in animal foods.  And while vegetarians love to point to plant based sources of omega-3 fats like flax, the truth is that the overwhelming majority of studies on the health benefits of omega-3’s have been done on the two omega-3’s found in fish- EPA and DHA. The benefits of the omega-3 in flax, ALA, are far less clear.

So what about all those studies showing horrible things happen to meat eaters?

Well, this is a blog, not a book, so to go into depth about all the problems that “link” meat eating to bad things would take dozens and dozens of pages. Certainly, when you investigate dietary patterns you find that heavy meat eating is associated with a higher risk of certain bad outcomes, for example, prostate cancer. But in virtually every epidemiologic study ever done that links meat eating to bad outcomes, what’s missing is the fact that the “meat eaters” are

There has yet to be a study showing that reasonable amounts of grass-fed meat, wild fish, free-range eggs and other non-contaminated animal protein sources consumed as part of a diet high in fiber, vegetables, fruits and omega-3 fats, is associated with any bad outcomes at all. Quite the contrary.

And before you bring it up, let me address “The China Study”.

The “China Study” refers to a popular book that came out in 2005 by Professor T. Colin Campbell. Campbell was a researcher on a massive project called “The China Project” (also known as the China Study). Campbell’s book is not “The China Study” despite having the same name as the original. Rather, his book contains his conclusions about the research. Those conclusions can be summed up as this: protein is really bad for you, animal protein is the worst of all, a vegan diet is the healthiest diet on earth, and every nutrient you need you can get from plants.

The book is frequently used by vegans and vegetarians to “prove” that a vegetarian diet is healthier than any on the planet, and that protein- especially animal protein- is bad for you. They consider the book “conclusive proof” of that position.

To repeat: Colin Campbell’s book “The China Study” is not the actual China Study (also known as the China Project). The “real”, full-length study is titled “Diet, life-style, and mortality in China: A study of the characteristics of 65 Chinese counties [Chen J].”; it’s an enormously thick and difficult book that gathered data on 367 variables across 65 countries involving 6500 adults and yielding over 8,000 statistically significant associations. The popular book “China Study” by Campbell represents, as mentioned, his conclusions about this data – conclusions which have been fiercely debated, by the way. He uses hand selected, cherry picked data from the study to support his rabid pro-vegan position and leaves out everything that contradicts it.

(Campbell is associated with Physicians for Responsible Medicine, a vegan animal rights group masquerading as a responsible medical organization.)

It’s interesting that no one with a research background takes Campbell’s work very seriously. It’s too easy to spot the biases, the methodological problems, the cherry-picking and the spinning. And some statements are so patently ridiculous that all you can do is roll your eyes. (Example: “Eating foods that contain any cholesterol above 0 mg is unhealthy”.) But this is not the place to take Campbell’s book apart. For those who are interested in hearing “the other side” to Campbell’s propaganda—excuse me, I mean arguments—I suggest the excellent article by Chris Masterjohn on the Weston A. Price Foundation website, or you can find a version of it here:

There is also the stunning debate between Professor Loren Cordain, PhD and Campbell which you can find all over the internet by googling “The Protein Debate: Loren Cordain and T. Colin Campbell”. Highly worth reading. As is the comments by my good friend Michael Eades, MD, on the debate.

I have a personal story about Campbell which I think is pretty amusing. Campbell- who is a very charming and sincere man, by the way- came to speak at the Boulderfest Conference in Nutritional Medicine, a group not known for it’s affinity for veganism and high carb diets. (It was actually quite brave of him to come and speak to this group.) At the end of the day, there was a panel discussion in which all the speakers of the day sat at a dais on the stage and participated in a Q and A with the audience, including Campbell.

At one point, defending his “anti-animal protein” position, Campbell quoted a study done at Harvard University which, he said, had reached the exact same conclusion that he, Campbell, had reached. Even Harvard researchers agreed with him, was the implication.

A man sitting at the other end of the dais got up and introduced himself. “Excuse me, Dr. Campbell”, said the man.”I happened to be the lead researcher on that study you mentioned. And we made no such conclusions” It was David Ludwig, MD, of Harvard University.

So yes, I continue to struggle with the issue of how animals that are raised for food are treated. And no, I can never recommend factory-farmed feedlot meat to anyone. But I still believe that there is nothing inherently more healthy about a vegetarian diet, which, after all, could still qualify as vegetarian even if it consisted exclusively of pasta and Captain Crunch.

And I do believe that a diet with reasonable amounts of grass fed meat, plenty of wild fish, whole eggs from free-range chickens, raw organic milk, lots of omega-3’s, tons of vegetables, some low-sugar fruits, nuts, avocados, berries, real fermented foods like sauerkraut, miso and yogurt, olives and the occasional slice of truly whole-grain bread is a hard diet to beat for overall vitality.

At least it is for me. 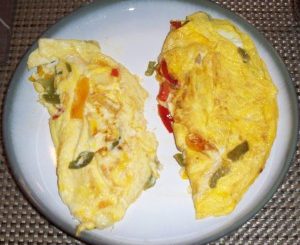 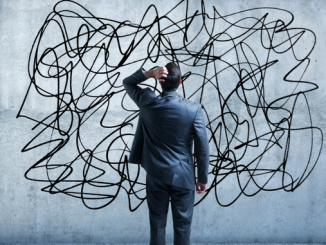 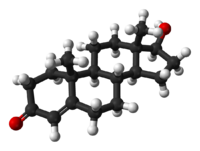